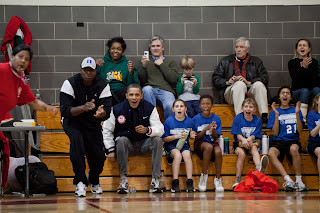 A new long read by Ryan Lizza at the New Yorker. Lizza makes at least two key points: 1) Since Obama took office, republican propaganda has worked to paint Obama as “polarizing” and they've succeeded 2) The left expected a director of change and instead they got a facilitator of change:


Obama was not exaggerating the toxic battle that has poisoned the culture of Washington. In the past four decades, the two political parties have become more internally homogeneous and ideologically distant. In “The Audacity of Hope,” Obama wrote longingly about American politics in the mid-twentieth century, when both parties had liberal and conservative wings that allowed centrist coalitions to form. Today, almost all liberals are Democrats and almost all conservatives are Republicans. In Washington, the center has virtually vanished. According to the political scientists Keith T. Poole and Howard Rosenthal, who have devised a widely used system to measure the ideology of members of Congress, when Obama took office there was no ideological overlap between the two parties. In the House, the most conservative Democrat, Bobby Bright, of Alabama, was farther to the left than the most liberal Republican, Joseph Cao, of Louisiana. The same was true in the Senate, where the most conservative Democrat, Ben Nelson, of Nebraska, was farther to the left than the most liberal Republican, Olympia Snowe, of Maine. According to Poole and Rosenthal’s data, both the House and the Senate are more polarized today than at any time since the eighteen-nineties.
It would be hard for any President to reverse this decades-long political trend, which began when segregationist Democrats in the South—Dixiecrats like Strom Thurmond—left the Party and became Republicans. Congress is polarized largely because Americans live in communities of like-minded people who elect more ideological representatives. Obama’s rhetoric about a nation of common purpose and values no longer fits this country: there really is a red America and a blue America.
Polarization also has affected the two parties differently.
.....

Obama didn’t remake Washington. But his first two years stand as one of the most successful legislative periods in modern history. Among other achievements, he has saved the economy from depression, passed universal health care, and reformed Wall Street. Read more at the New Yorker