A Graph That Speaks for Itself

This from NYT. Though it speaks for itself you have to ask, why have the republicans pinned the debt and deficit on Obama? The recession happened on republican watch, for one. Obama's part in the debt was on stimulus to steer us out of a recession. Some say in times like these, we need more stimulus, not austerity. I believe that GOP cries of debts and deficits, led by the tea party, has been a stand in for something else. 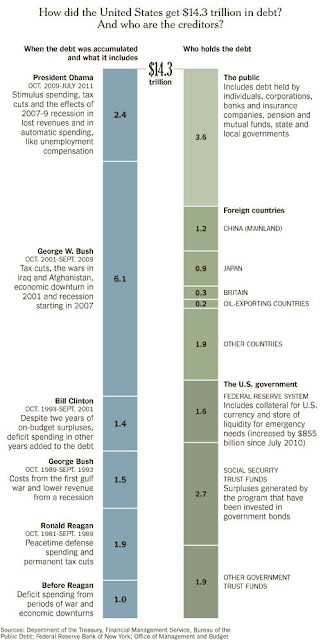