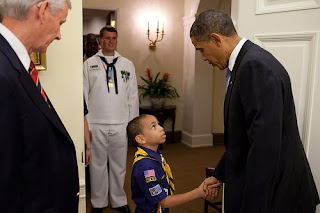 Following on a week of stops in Florida, Los Angeles, Wisconsin and Seattle, Obama's next stop is Ohio.

I'll post Obama's schedule in Ohio when it's available. For now, this is from the press gaggle:

MR. BURTON: Tomorrow in Columbus, the President is going to be visiting with a middle-class family, where he’ll talk -- I think it’s right at their kitchen table -- about some of the concerns that they have about what -- things are going on in the economy. And then afterwards, he’ll go outside and have a conversation with some neighbors and folks from the community about questions and concerns that they have.

Q Will he take questions?

MR. BURTON: He will be taking questions, yes.

Q From -- that will be folks in the community?

Q How was the family chosen?

MR. BURTON: I think that our folks at the White House talked to local community leaders about finding an appropriate venue where such a conversation could take place.

Q Whose house is -- who is hosting the fundraiser in Seattle today, the one at the private residence?

MR. BURTON: I don't know. I would check in with the Murray campaign on that.

Q The questions that he’ll have, it’s like a town hall we’ll be seeing? Or he’ll just sit alone with them?

MR. BURTON: Yes, it will be town hall-style, but it will be pretty small -- it will be like 40 people.

Q Okay, but we’ll be in there?