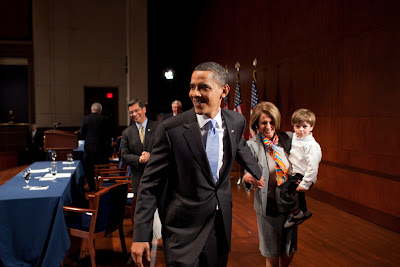 
Obamacare Upheld. That's the headline according to NPR and I'm going with it.

SCOTUSBlog -- just about the only media that got it right -- is covering it live.

I'll be updating this all day as news trickles in.

The only thing the court limited was the expansion of Medicaid.

When a tax is not a tax.

Five justices voted to uphold the mandate and the ACA.

People with preexisting conditions are big winners with this ruling.

The media was WRONG on just about all of its coverage of SCOTUS. I'm really pissed. Maybe the media will do its job now and inform people of the law. When people know, they will be pleased.

Remember when 85% of SCOTUS followers said Obamacare would be upheld, but were drowned out by the media.

Fox News and CNN bungle the news. Not a Surprise!

Here's something precious. Some people say they are moving to Canada (where there is single payer healthcare) because of the ruling.

Here's a novel concept. Instead of republicans going on about repealing the law, especially after SCOTUS ruled, how about working to make our healthcare system the best it can be for the American people.

Yesterday, Romney was pompous and clearly believed that SCOTUS would strike Obamacare.

Obama says this isn't about politics. This is a win for the American people. He took the moment to explain some of the benefits of Obamacare:

An explainer on the mandate and the Affordable Care Act is here.
Romney is very, very pleased with the mandate -- in 2006. He explains the purpose of a mandate:

Romney today. "Help us defeat the liberal agenda." I believe that Romney will lose for many reasons but for one reason especially. He regularly speaks against a group of American people, "liberals." When you're the nominee, you can't be that partisan and get elected President of the US. When you're the nominee, you have to be the grown up. Romney pleas to voters to vote for him if you want to repeal Obamacare. If you vote for Mitt, you'll only get Mitt. Repealing the law now is easier said than done:

This photo is from March 22, 2010, when Obamacare passed Congress. Obama signed it into law the next day. 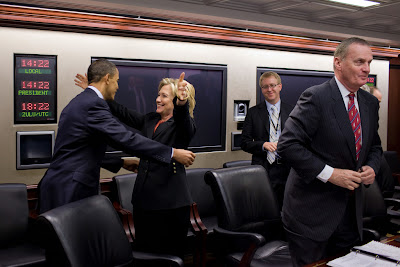 As Obama made clear, ACA is above politics.


What is most important today is not constitutional theory or presidential politics, but the enormous improvement in access to health care for millions of Americans, including increased access to preventive care such as mammograms and birth control, provisions allowing young people to stay on their parents health insurance, provisions prohibiting insurance companies from turning down people who have pre-existing conditions or from increasing premiums to unaffordable levels for families who have a child born with a birth defect. Those are the most important winners today. Slate


Pelosi, who fought hard for healthcare reform "For the American people the best is yet to come:"

Healthcare coverage has become too expensive, but that's not because of the law. It's not even close to  being fully implemented yet.


Here's a photo that speaks: 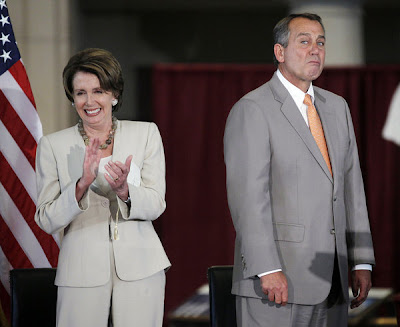