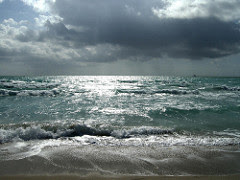 Woo Hoooooo! Yay for the ocean!


The Obama administration is reversing course on opening Atlantic waters to a new generation of oil and gas drilling, after a revolt by environmentalists and coastal communities that said the activity threatened marine life, fishing and tourism along the U.S. East Coast. The proposed offshore leasing program being released Tuesday eliminates the administration’s initial plan to auction off drilling rights in as many as 104 million acres of the mid- and south-Atlantic in 2021, according to an Interior Department statement. The proposal also sets the stage for selling oil and gas leases in the Arctic waters of the Chukchi and Beaufort seas, as well as Alaska’s Cook Inlet and the Gulf of Mexico, where 10 auctions were tentatively scheduled from 2017 to 2022. Bloomberg


Today, the Obama administration made a historic move to protect the East Coast from offshore drilling. In the newly proposed five-year program for oil and gas development on the Outer Continental Shelf, the Bureau of Ocean Energy Management removed the Atlantic Ocean for leasing from 2017 to 2022. While Oceana applauded the Obama administration for listening to widespread opposition along the East Coast, it continues to urge the government to stop seismic airgun use in the Atlantic and not to hold new lease sales in the remote and unforgiving Arctic Ocean. Oceana