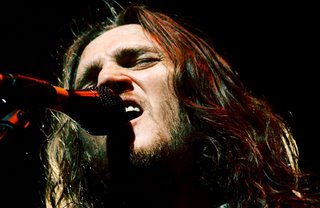 rumblings that john frusciante, joe lally and josh klinghoffer's (together as Ataxia) Automatic Writing followup will be out in december, january or february. at least it's coming!

this from frusciante.net, a fan site:

The official German John Frusciante website has now revealed the release date for the second release from the Ataxia session in February 2004. It will be released in Germany on the 1st December 2006.
There are no further information given concerning a possible record title or a cover.

But we can already name the tracklist of an unmastered version: