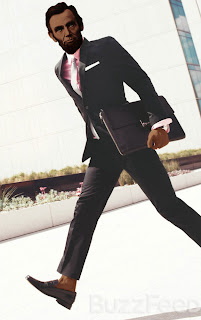 Republicans are simply outdoing themselves. This is really weird and what a waste of money:


Joe Ricketts, the founder of the brokerage firm TD Ameritrade. Mr. Ricketts is increasingly putting his fortune to work in conservative politics.

The $10 million plan, one of several being studied by Mr. Ricketts, includes preparations for how to respond to the charges of race-baiting it envisions if it highlights Mr. Obama’s former ties to Mr. Wright, who espouses what is known as “black liberation theology.”

The group suggested hiring as a spokesman an “extremely literate conservative African-American” who can argue that Mr. Obama misled the nation by presenting himself as what the proposal calls a “metrosexual, black Abe Lincoln.” NYT

Apparently, the Ricketts family, owners of Chicago Cubs, are in crisis mode.


Cubs Chairman Tom Ricketts, who has been pushing a plan to get government help in rebuilding Wrigley Field, issued a statement distancing himself and the organization from that plan.

“As chairman of the Chicago Cubs, I repudiate any return to racially divisive issues in this year’s presidential campaign or in any setting — like my father has,” Tom Ricketts said in the statement. “I shall have no further comment on this or any other election year political issue. My full-time focus is on making the Chicago Cubs a World Series champion preserving Wrigley Field and making the Chicago Cubs a great corporate citizen.” Chicago Tribune