Razorlight, Up All Night 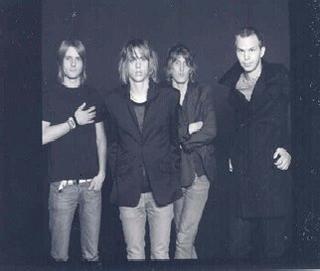 Look out! This is a review I wrote that first appeared on Blogcritics.org

If you’re the type who likes to find good music before the rest of the crowd, better get to your favorite record shop for Razorlight’s debut CD Up All Night.

The London band is about to make a splash in the U.S., thanks to a car ad. The British hit “Golden Touch” is now prominently heard in a TV ad for the Honda Accord. But unlike the one-hit wonder of Dirty Vegas’ “Days Go By” made popular by a commercial for Mitsubishi, “Golden Touch” isn’t the only hit on this record.

Other bona fide hits include the title “Up All Night,” “Rip it Up,” “To the Sea,” “Rock and Roll Lies,” “Dalston” and “Leave me Alone.” A British friend introduced me to the band, already a smash in the U.K., by way of “Golden Touch” via email. The CD was released last October.

The whole darned CD is a rollicking good time. It's been called "brash garage rock." I would call it my Pacific Coast Highway jam… windows down, music cranked, driving along the coast of Cali. Zen. The CD also will do quite well in your iPod for morning runs or workouts.

This quartet of boyish-looking mates, all in their early 20s, also got some exposure at Live 8 and recently supported U2 in Sweden. 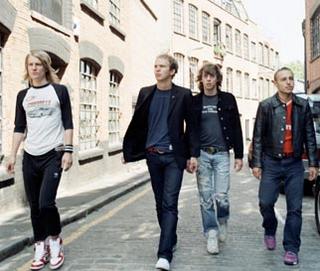 Up All Night is not heavy by any means. It’s Pop to the tenth. “Golden Touch,” for example, is about a beautiful girl who’s got some jealous friends:

But then all they know is how to put you down When you're there, they're your friend But then when you're not around They say, "Oh, she's changed" Oh we know what that means Well it means they're just jealous But they'll never do the things That they wish that they could do so well

“Rip it Up” simply commands: Get on the Dance Floor! Rip it up Girl. That’s what it’s there for!

On “Leave Me alone,” the first track, lead singer Johnny Borrell strikes out – screaming Just Leave Me Alone. And you know he's getting sweaty. The song starts with a gentle piano and then leads into one beat, then another on top of that and another on top of that. Three layered driving beats lead to a final question: “What part of that don’t you understand?” Leave Me Alone!

Rounding out the band is drummer Andy Burrows, who gets a major workout on the CD; Swede Björn Ågren on guitar and backing vocals and Carl Dalemo, bass and backing vocals, also from Sweden. Andy is the band’s second drummer. The first one left for “health differences.” Hope that’s not a sign of a quick shot to stardom for this band.

What’s bad about this CD you ask? Nothing really. But if I was being picky I’d say Razorlight likes to spell out words such as L-O-N-D-O-N and L-O-V-E, which reminds me of the Bay City Rollers -- S-A-T-U-R-D-A-Y Night. In my best English accent, "it's a bit corny, but it works for the CD."

The band also ends virtually every song on a manic high but Johnny’s charming English accent and fierce vocals are magnetic. On “To the Sea” Johnny gets himself so worked up that it’s as though he’s crawling along the desert toward the watering hole. He cries out: to …. the ……. Sea taking his last gasps of air. Give that man a drink!

So soon, you might be hearing a catchy tune:

When you do, you’ll see. 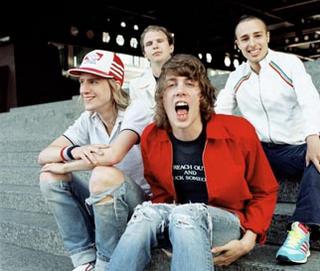